Probably the most useful productivity tip I’ve ever come across is the deceptively simple one-liner: “Do what’s most important first.”

Not everybody is the same, so you may not find working first thing in the morning optimal like I do. Either way, if you’re starting work at any point and want to be the most productive, it’s likely best to stick to the adage, no matter how many other tasks scream, “You can do the important thing right after me,” and “I’ll only take a minute!”

Anything like me, your chances of actually completing your most important task if it’s not the first thing you attempt to do in your specially designated work time – down the drain the longer it’s put off.

And then there’s that spiral of guilt you feel over wanting badly to do your important thing, putting it off, and finally realizing so much time has passed that if you started now, the task wouldn’t be complete until ages later in the day than you hoped.

Get enough of these procrastination trains going – once, twice in a row is enough really – and they stand a good chance of derailing your entire week.

Skip the guilt. Just do your first most important thing first.

You know what the most important thing is, I don’t need to tell you. You can pretend it’s a secret, but if you’re avoiding it, chances are you already realize that’s it. Don’t start the other things until it’s done.

Then tomorrow, when you think back to today and remember how you actually did that important thing you needed to and it was awesome – don’t rest on your laurels. Your accomplishment yesterday is not permission to take a vacation today.

Line up the wins. Tick every box you can.

Because if you manage to hit the most important thing on your list every. single. day. (okay, even most days), you’ve little to no chance of failing. But you sure can fail wasting your time getting all those little things done – ’cause they just plain aren’t anywhere near as important.

Yes, they’re less stressful, less annoying to do. Yes, you can get more of them done than that one giant, overbearing important thing you know you should do.

But they don’t matter equally.

10 points for the big thing, 1 point for all the little things combined.

Better yet, no points for anything besides your one big thing until you get that most important thing done.

(Now if only I could follow my own advice.) 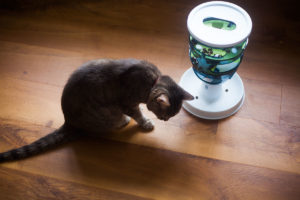 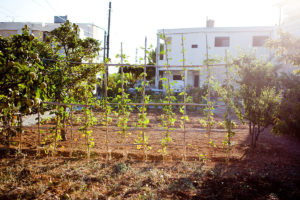